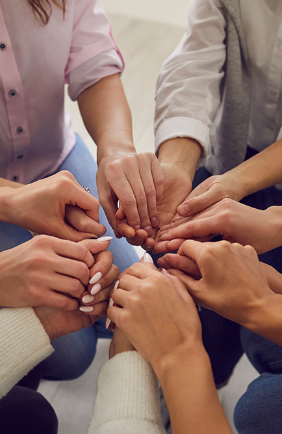 More than 700 million people, or 10 per cent of the world population, still live in extreme poverty today, struggling to fulfill the most basic needs like health, education, and access to water and sanitation, to name a few. The majority of people living on less than $1.90 a day live in sub-Saharan Africa. Worldwide, the poverty rate in rural areas is 17.2 per cent—more than three times higher than in urban areas.

The United Nations has made “No Poverty” as the number one goal. The World bank group and various government efforts had been put in place to fight this battle. However, extreme poverty is still prevalent,

Our focus for World Feed The Poor Day is to collectively end extreme poverty through physical and spiritual means.

Jesus was born into poverty but laid the strongest foundation to feed the poor. He commanded His disciple (Peter) to feed His lamb. Christ gave both spiritual and physical foods to enrich lives. Today, many lives are being transformed following these footsteps.

Businesses that are socially responsible

Every August 2nd, we follow these three session agenda for the day.

World Feed The Poor Day is for the entire world. This event will take place in the US and other countries of the world both in-person and virtual. Are you ready to cover your locality? Reach out to us before someone takes it. Send email to- info@worldfeedthepoorday.org

Poor Veterans and serving military and their families

FEED THE POOR FOUNDATION OF AMERICA