Feed The Poor Foundation joins the United Nations on October 16 to mark World Food Day. We volunteer as an organization to 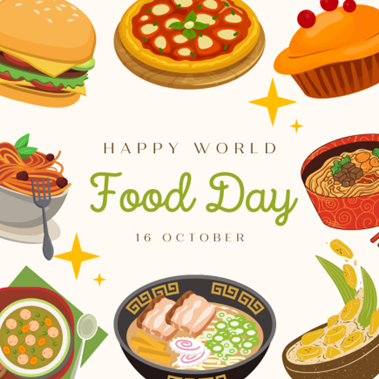 World Food Day is an international day celebrated every year worldwide on 16 October to commemorate the date of the founding of the United Nations Food and Agriculture Organization in 1945. The day is celebrated widely by many other organizations concerned with hunger and food security, including the World Food Programme, the World Health Organization, the International Fund for Agricultural Development and Feed The Poor Foundation of America Inc.

On this day, more than 150 countries unite to raise awareness of the issues surrounding poverty and hunger.

According to World Hunger Statistics, 785 million people across the globe do not have enough food to sustain a healthy lifestyle. The number equals about one in nine people in the world. Surprisingly, the majority of hungry people live in developing countries. Poor nutrition causes 45% of deaths in children under the age of 5. That means just over 3 million children a year die because they don’t have access to enough nutritious food. World hunger is a complex issue. Some believe the problem is solvable. World hunger solutions include:

Some experts believe the answer to world hunger is much more straightforward. They believe the key to ending world hunger is to stop wasting food. The most wasted foods include vegetables, cereals, and starchy roots. These foods are wasted during agricultural production and in the postharvest storage. Food waste increases the need to produce more food. When not enough food gets produced, people go hungry.